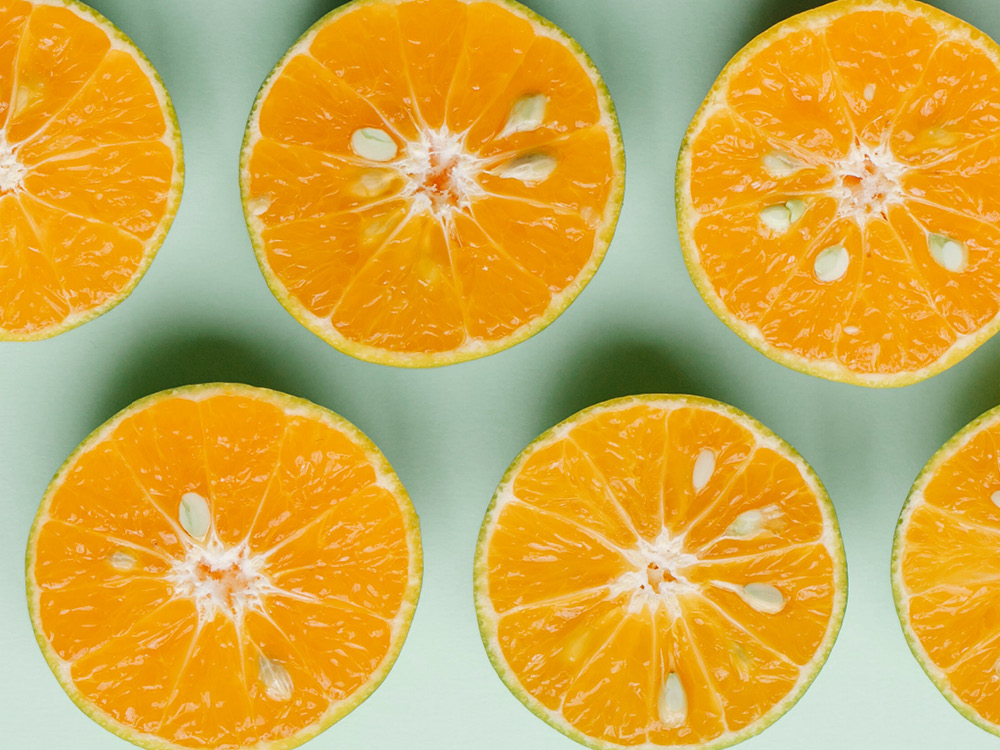 Thomas Kohl always has two or three new ideas cooking. Before they are ready for the market, he develops them for many months, often more than a year, as he tells us just before the première of the new cuvée. "It's almost like an engagement period! It's all about how the two components interact. Which of the two gives structure, acidity, sweetness, how does the colour develop, what is the mouthfeel like? “

How the love story began. Thomas Kohl is walking through the fruit market in Bolzano. Oranges and mandarins shine from all the stalls; it must have been autumn, the time of year when we in the north most often get fresh citrus fruits. An idea begins to take shape.

A few weeks later, when apples and mandarins are offered alongside gingerbread and nuts for the Advent season, it's already decided: "I'll try how the juice of both fruits works as a cuvée."

As many apple varieties there are, there are also many mandarin varieties. That means many trials, and soon it is clear: apples and mandarins are a promising pair. Mountain wind and sea breeze, the sun of the Alps and the heat of the south. Two worlds find each other wonderfully attractive and merge into a brilliant finale.

Thomas Kohl knows his mountain apples inside out and he gets to know the mandarin step by step. He searches and tastes, tries and tests. He is most impressed by the "Mandarino tardivo di Ciaculli" variety, which ripens in the extensive mandarin orchards in northern Sicily in February/March.

The mandarin is pressed in Sicily and then the juice is sent on its journey north. Like the juice of the mountain apples, it remains unadulterated and without additives.

The aroma of this mandarin is clear, it is juicy and is the leading actor in this cuvée. Its fragrance tells of childhood, of summer days in the south and winter evenings. It is present and determines the taste, the colour and the mouthfeel.

The characterful juice of the mountain apples frames the play of aromas of the “Mandarino tardivo di Ciaculli”, gives it structure and ensures a long finish. It is the foundation on which the southern fruit performs.