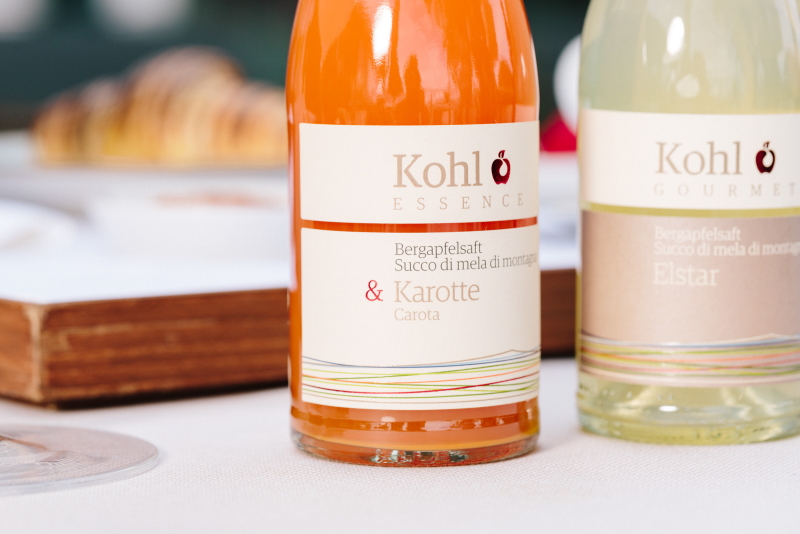 The “Golden Pear” – Europe’s most prestigious product award for juices – is conferred annually at a big juice tasting event in Lower Austria. Thomas Kohl entered his mountain apple juices in previous years and won numerous awards. This year he again took first prize in the form of the “Golden Pear” with his combination of apple and carrot juice from South Tyrol.

The status of this accolade is underscored by the total entry of over 5,870 products. They came from many parts of Europe and were tasted and judged by an expert jury. All the products submitted by Kohl were selected for an award at this year’s event.

Six medals and the top award: the “Golden Pear”

“The starting point for top quality is the choice of ingredients,” says Thomas Kohl, Italy’s first apple-juice refiner. “I don’t go in for compromise. Our apples are hand-picked in two to three passes between August and October. The location of our orchards at almost 1,000 m above sea level gives us the advantage over fruit from the valley that our juices are not only sweet but also have a well-balanced acidity, which makes them ideal companions to meals.”

Thomas Kohl produces single-variety gourmet mountain apple juices and apple juices combined with another fruit, berry or extracts with exciting flavours. His products are now well known and popular far beyond the borders of South Tyrol. They are available from Kohl’s own deli farm shop in Unterinn am Ritten and at various selected delicatessens and restaurants throughout Europe.